Thankfully we have 2 other Philosophy Classes for you to choose from. Check our top choices below or see all classes for more options. 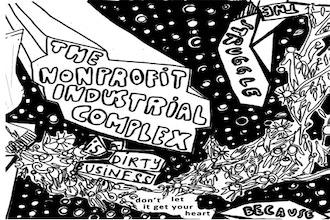 What you'll learn in this philosophy class:

The Non-Profit Industrial Complex: Between the Market and the State

How exactly should we understand the layer of “non-profit” institutions that proliferate in many capitalist societies, existing somewhere between the formal worlds of business and government? What are the possibilities of such organizations, and how has philanthropy developed over the course of the 20th century to structure and shape them? What role do non-profits play in capitalist society? Today, in the 21st century, the “non-profit sector” is a large, heterogeneous field, consisting of groups engaged in efforts ranging from social services to culture dissemination, from hospitals to symphony orchestras, soup kitchens to environmental organizations.

This sector has been called by many names: charitable organizations, civil society organizations, non-governmental organizations, the third sector, the independent sector, the social sector, social purpose organizations, and so on. However, a near ubiquitous constant is a belief in the common good and the importance of civic engagement. But what are we to make of the increasing intertwinement of non-profit, public, and business domains? Is it possible to conceive “doing good” as free of interest and independent from structural forces?

In this course, students will explore the fraught boundaries between the market, the state, and non-profit organizations. We will delve into the history, rise, and transformation of “religious, charitable, scientific, or educational” organizations, as per IRS classification, amid the shifts in welfare policies, governmental policy, and the growth of social inequality.

We will consider the links between major philanthropic giving and political dissent to examine the role of the former in sometimes preventing and sometimes articulating protest and collective action. We will then scrutinize standard practices cultivated within contemporary non-profit organizations and how they shape service delivery, advocacy initiatives, and social movement strategies. Finally, we will assess the possibilities of redesigning and imaging the non-profit model as well as other avenues for social change. Throughout the course, we will ask: what actually is a non-profit organization? Is there a single non-profit culture? What is the connection between the apparently contradictory trends of rising numbers of non-profit organizations and the simultaneous rise of social ills? What is the relationship between the non-profit model and democracy?

Can non-profits be seen as a sort of soft power? What is the place of non-profit organizations in the persistent inequalities between Global North and Global South? Is it possible to speak of a “non-profit industrial complex?” If so, what is the relevance of such a complex to both champions and critics of capitalism? Do the practices and, in particular, the funding incentives characteristic of the non-profit model affect the pace and scope of social justice initiatives? In addition to case studies and some campaigns, analyses by Ruth Wilson Gilmore, Robert L. Allen, Annelise Riles, Margaret E. Keck & Kathryn Sikkink, among others, may be considered. 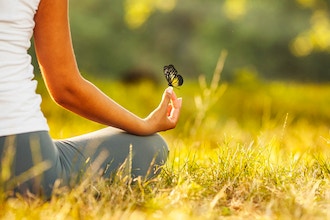 Transformational Healing and Meditation
$25 for 1 session

Thus Spoke Zarathustra: A Book for All and None is a literary-philosophical work, by turns aphoristic and picaresque, that brings together a preponderance of Nietzsche’s most essential concepts—from the “will to power” to the Übermensch, nihilism, eternal recurrence, ressentiment, the “transvaluation of values,” and many others. Comprised...

Thus Spoke Zarathustra: A Book for All and None is...

How are we to understand loneliness today? It appears that we are facing a mass epidemic of loneliness—one perhaps exacerbated by virological pandemic of COVID-19. Britain has appointed a Minister of Loneliness to counter rising rates of isolation. Approximately 20-43 percent of American adults over the age of 60 experience “frequent or intense...

How are we to understand loneliness today? It appears...